When the Impossible is Possible 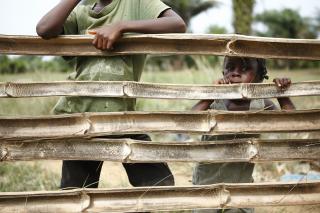 January is Human Trafficking Awareness month, a time that is meant to bring about awareness of the current crisis facing our world in the form of slavery. This issue, particularly the trafficking of children, has grown dramatically over the last decade.

Several years ago, Orphan Relief and Rescue was working to provide rescue and aftercare for children rescued from slavery, but it became apparent that we needed to do more. Little did we know that the communities ORR was working in were already considered one of the epicenters for trafficking children from and through in West Africa.

In Benin, there are over 40,000 children thought to be victims of trafficking at any given time. The majority of the victims are from the northern regions of Benin where ORR is involved, and many are trafficked through these regions from other countries en route to Nigeria, where they are then sent to other countries near and far. One of the biggest issues facing human trafficking is not simply how to rescue and care for children who have been forced into a life of abuse and slavery, but how to curb the trafficking to begin with. How to do you confront a problem of this magnitude?

Orphan Relief and Rescue developed our Anti-Trafficking Initiative in an effort to understand and address the roots of the problem, the “why’s” of children being trafficked from the rural communities of Benin. What we found was a persistent problem in perception of the value of a child’s life, which was then reinforced and perpetuated by a system of poverty, lack of opportunity, and education.

We immediately started working with local community leaders to identify children who were at risk of trafficking, and created a community development plan that aimed to tackle the problems of poverty. Since this time, we have seen entire villages transformed and the numbers of children being trafficked come to an abrupt stop.

I am reminded by the words of Francis of Assisi who said, “Start by doing what’s necessary, then do what’s possible; and suddenly you’re doing the impossible.”

We know that the trafficking of innocent children in West Africa can end. We know there is more work to be done, and we know that we can’t do it alone. Consider joining us today and making your voice count in the fight against child trafficking.