With so much uncertainty in the world today, we can assure you that even though we have had to be extra creative with how we do our work, our focus remains the same: to protect and rescue children.  When children come to us, there is so much healing that needs to take place: such was the case with Daniel. This story is one you may have heard before, and we cannot wait to share with you new developments.

A young boy was found wandering the streets of a city in Benin, all alone. It was apparent was neglected because of his hungry and filthy condition. He was suffering from some kind of mental or emotional condition: could not speak, was suspected to be deaf, and his scars were evidence of having been beaten. In addition to this, the boy had regular seizures. The police and Social Welfare workers pleaded with ORR to take him into our care while they tried to find his family. 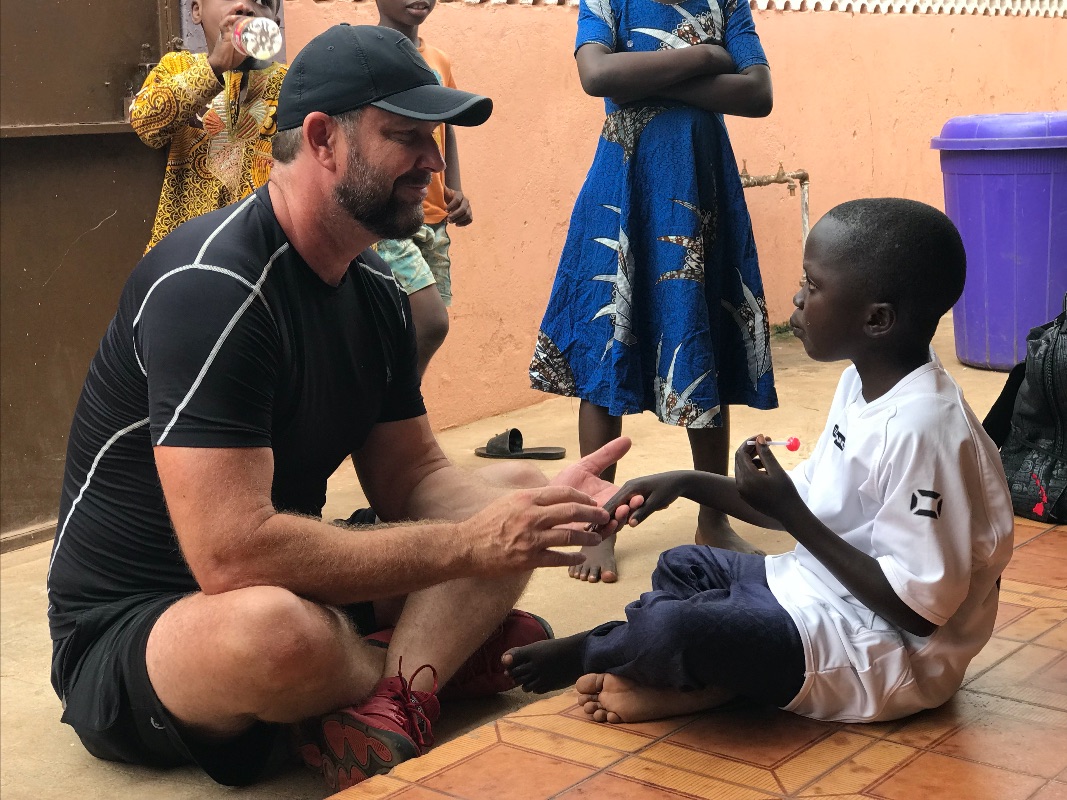 We placed Daniel as a foster child with our own Country Director, Peter, and his family. They loved him, cared for him, and gave him the name Daniel. With medical care for his seizures, Daniel began to show signs of life in his eyes. Before long, we discovered that Daniel could hear! When music was played, he would move his body to the beat.

Daniel’s physical healing progressed:  After six weeks of being in a loving home, he spoke his first words. He learned his name and the names of the new family members who were caring for him.

Daniel’s memory returned: After 18 months, he began to remember his given name and where he was from. It started with him referring to himself by his given name and repeating the name of a town that was many miles away. Knowing what this might mean, Peter and his wife spent countless hours of family tracing, visiting villages, and asking questions. A miracle of miracles! They were able to locate his family who was looking for him for three years!

Daniel’s separation from his family: Daniel was traveling with his parents because he couldn’t be left at home due to his medical condition. While on this trip, he wandered away from the family, and Daniel’s parents searched for him relentlessly without success. Since that time, Daniel’s father died in a motorbike accident just two months after Daniel’s disappearance.

And, his mother died soon after the accident. Daniel’s siblings said they continued to look for him, but had lost hope of finding him.

Daniel’s heart healed: The family was overjoyed to know he was safe, and they were eager to have him return home to live with them. The family was reunited last month – it was beautiful to see evidence of his heart being healed. Only God could have facilitated such an incredible outcome for this dear boy. Such a miracle!

How you can help:

Because of you, and the love of a generous foster family, Daniel’s life is restored. Thank you for your part in Daniel’s story. You helped to facilitate this miracle.

Through the support and gifts of people like you, we can serve children who have the greatest needs.  Daniel is one story of hundreds who are the reason that our focus will always be to protect and rescue them. Would you consider joining 240 fellow supporters and becoming a monthly partner to restore the lives of children all year long?