Mary: Mother to Many

It was a hot, sticky day, just before Christmas last year. Children were running around, screams of delight could be heard—sounds of celebration. Our staff had just made the much-anticipated Christmas bundle delivery.

I sat back a little from the group taking it all in, which is when I saw Ma Mary. She had been given a chair of honor from the girls that now surrounded her. A few humbly sat at her feet holding her hand, with others behind and beside her. 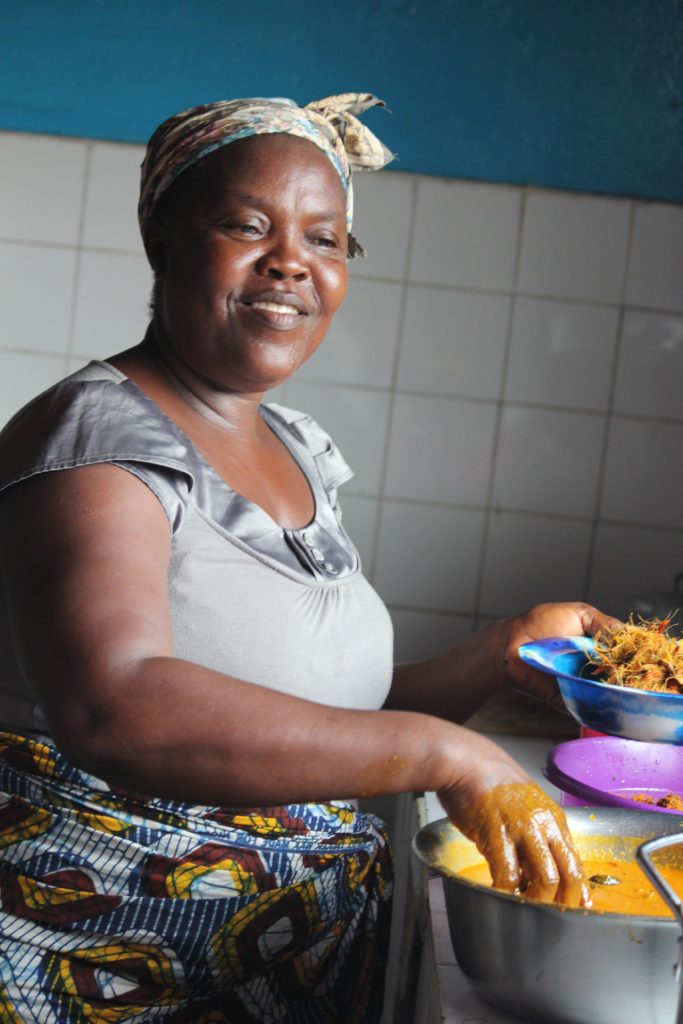 They all had a hand on her seemingly as if her presence alone gave them comfort and strength. They giggled and whispered and shared their secrets with her and she lovingly encouraged them with words of truth. It was a beautiful thing to behold.

Mary, affectionately called Ma Mary, joined the Orphan Relief and Rescue staff in Liberia in April of 2007. At the time, our original field team had just arrived and was trying to navigate the beginnings of a brand new organization in a foreign country. A mutual friend introduced Mary to our team and she came on board, cooking and cleaning the team house. She quickly became a confidant, cultural advisor, and spiritual leader to the staff. Every day she could be heard, clinking and clanking, chopping and frying, prayers and songs echoing from the kitchen. Nine years later, her familiar songs, sounds, and prayers have never stopped.

Over time Ma Mary’s role has changed. Her responsibilities have included food coordination and Christmas deliveries, facilitated healthcare for children in our care as well as stepped in as a caretaker herself when the situation required it. In 2014 when the devastating Ebola outbreak hit Liberia and required the non-resident staff to be evacuated, she stepped outside her comfort-zone and shouldered the responsibility of Liberia operations for almost a year. On top of all this, Ma Mary has raised her children, including a nephew and a foster daughter, alone after losing her husband during the 14-year civil war in Liberia. An inspiration to all of us, she has supported her oldest son though university and also served as a deaconess at her church.

With such a long history of hard work and dedication to the children at Orphan Relief and Rescue, it was not a surprise to anyone in January 2016 when Ma Mary was promoted to Liberian Country Director. She has proved herself capable and is highly esteemed by all the staff and orphanage directors that Orphan Relief and Rescue works with in Liberia. Most importantly, as I witnessed that day in December, she is greatly loved and respected by the children that we serve.